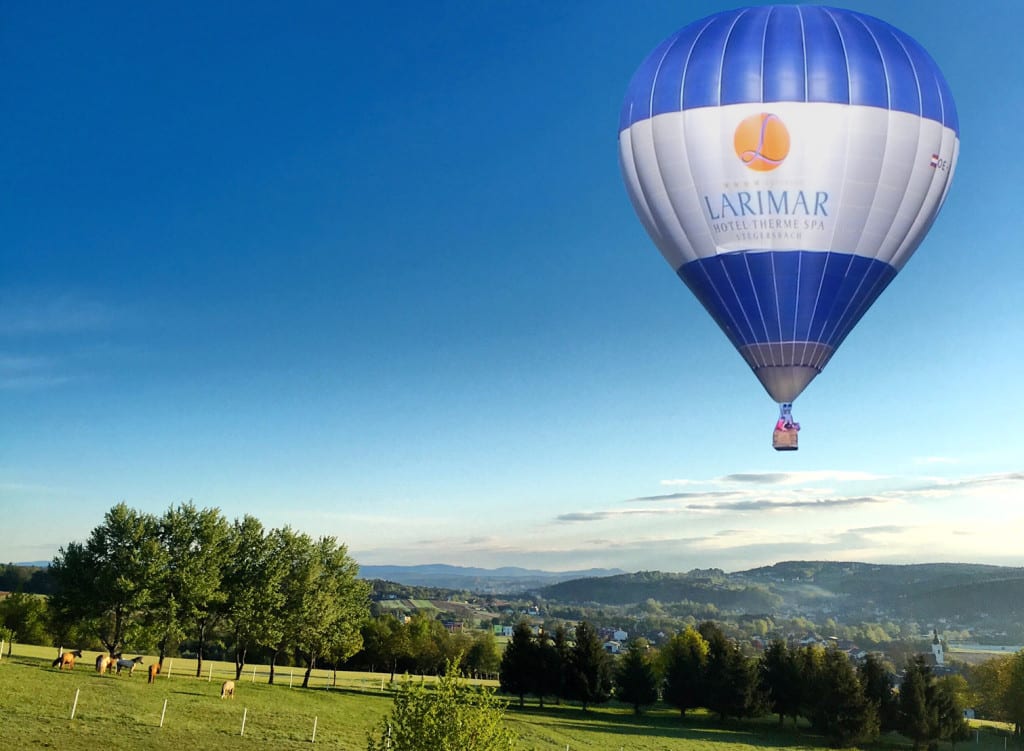 Up in the air over
the Larimar

What do you long for?

A balloon ride over the Burgenland

You will experience the fascinating landscapes of the Burgenland from a completely new perspective while ballooning with our Larimar Hot air balloon.

The wind determines the direction and speed, the trained pilot altitude and landing target. Let your gaze wander over the Pannonian expanse and enjoy the feeling of being free as a bird. 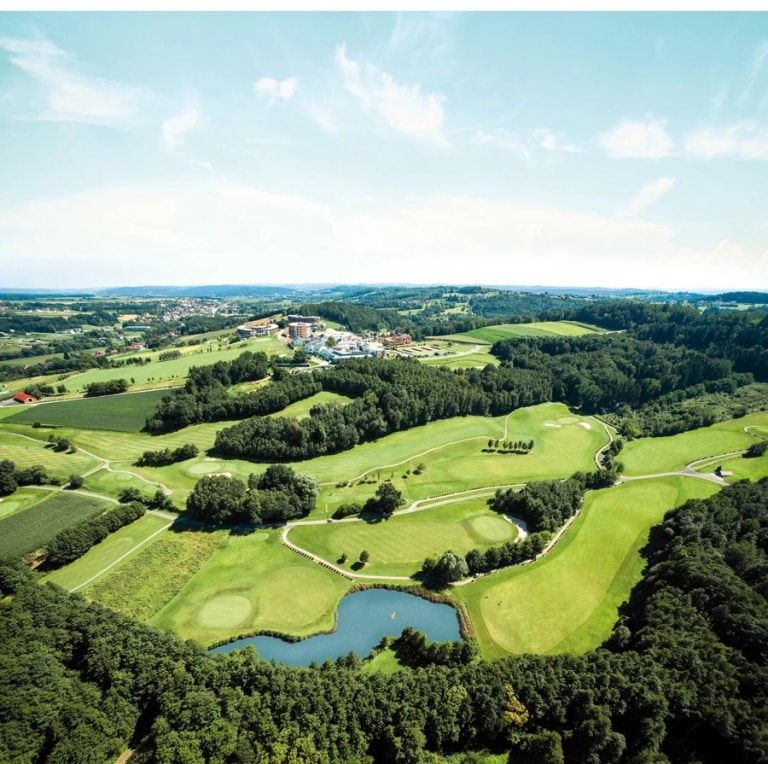 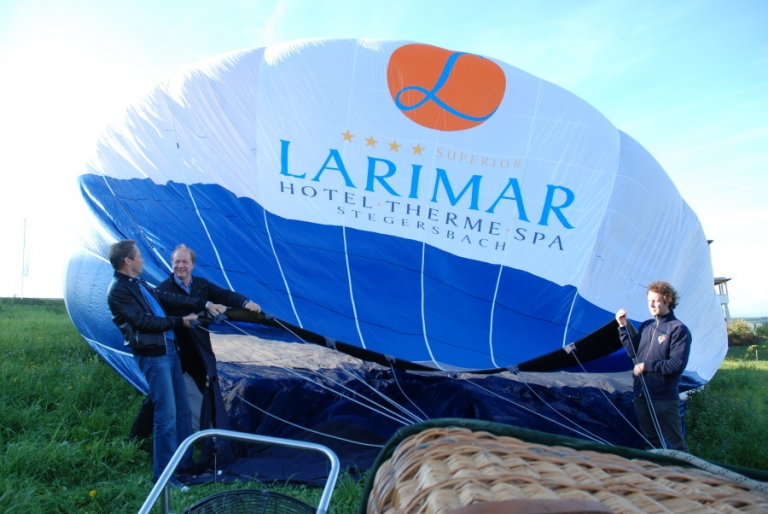 The Burgenland from a birds perspective

Depending on the direction of the wind, the balloon will carry you over the beautiful South Burgenland, which is known as the ideal area for ballooning. From up here the view extends beyond the borders of Burgenland and Austria.

You waft close to trees and roofs and observe live in the tree tops and in the villages. Look out for shy forset animals and grazing animals and lovely farms, between meadows and forests. 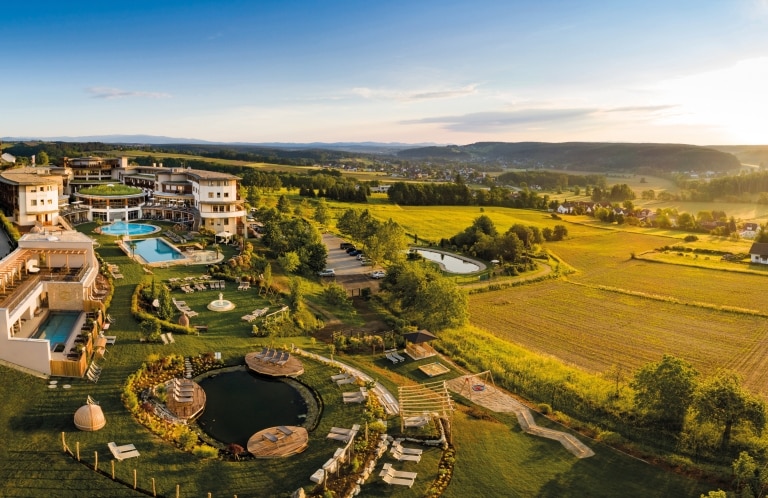 Experience a traditional ceremony which dates back to the early days of ballooning.

The feeling of gliding gently over the land is truly majestic, surrounded by the silence of the sheer endless seeming airspace. At the end of this special experience a traditional balloon driver baptism takes place. In the course of this ceremony you will be raised to nobility and receive a certificate. The custom stems from the fact that in the early days only blue blooded people were allowed to balloon. 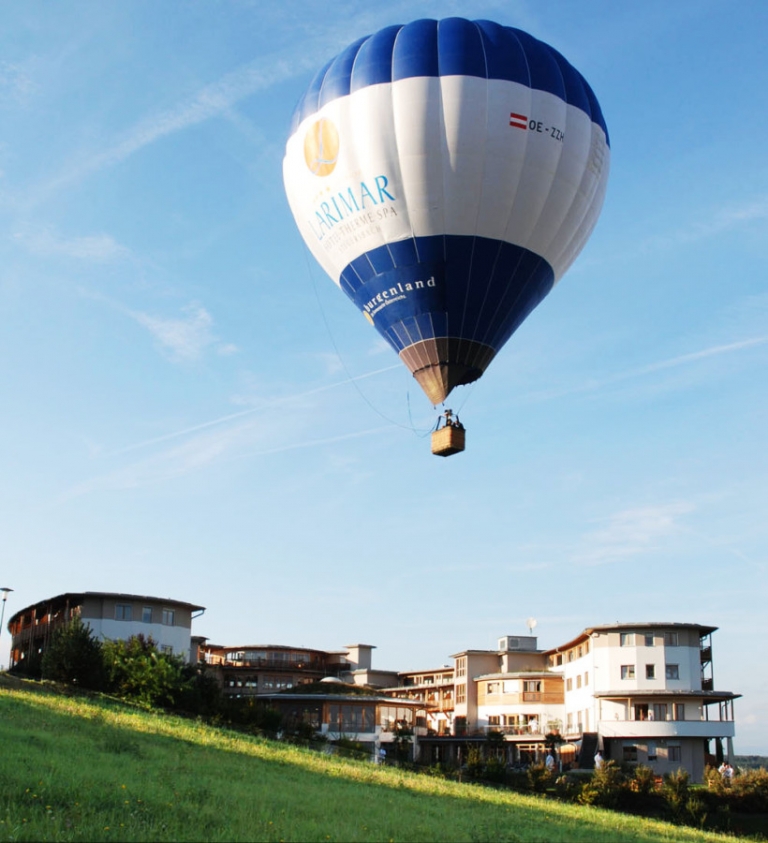 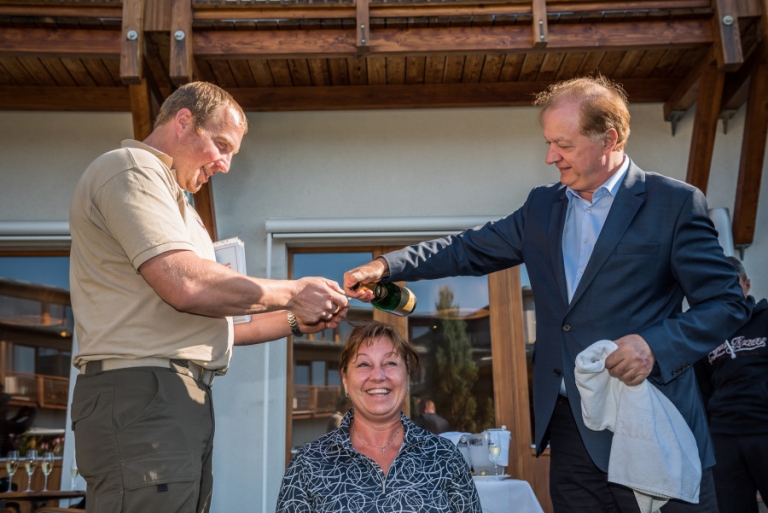 1783 the brothers Montgolfier were the first to succeed in using hot air for an aircraft. At first a sheep, a duck and a rooster were sent off as passengers in the hot air balloon, as it was unknown if you could live in the airspace. When the animals landed safely after an eight minute drive, the first humans dared to try it out. The first aristocrats were Jean-Francois Pilâtre de Rozier and Francois D’Arlandes.

The heat for the propulsion was generated with hay, that was burned in an oven beneath the opening of the balloon and during that time it was believed that the smoke made the balloon rise.

Jaques Charles, a physicist of that time, knew better and build a rubberised silk balloon, called Chalière, that was filled with hydrogen.
Until the invention of the Zeppelin, hot air balloons were the only means that could make the dreams of flying come true. The first circumnavigation of the world with a hot air balloon was 1999: the swiss Bertrand Piccard and the british Brian Jones flew around the world in a helium balloon in 19 days, 21 hours and 55 minutes.

Ballooning in the South Burgenland

Up to 4 passengers and a pilot can ride in the hot air balloon. The cost per passenger is € 230 and the start is at the Castle Schielleiten near Stubenberg in Eastern Styria (approx. 40 minutes from the Hotel). With 4 participants, the ballon start is directly in front of the Hotel Larimar. You can book your balloon ride at +43 3326 55100 or at urlaub@larimarhotel.at. 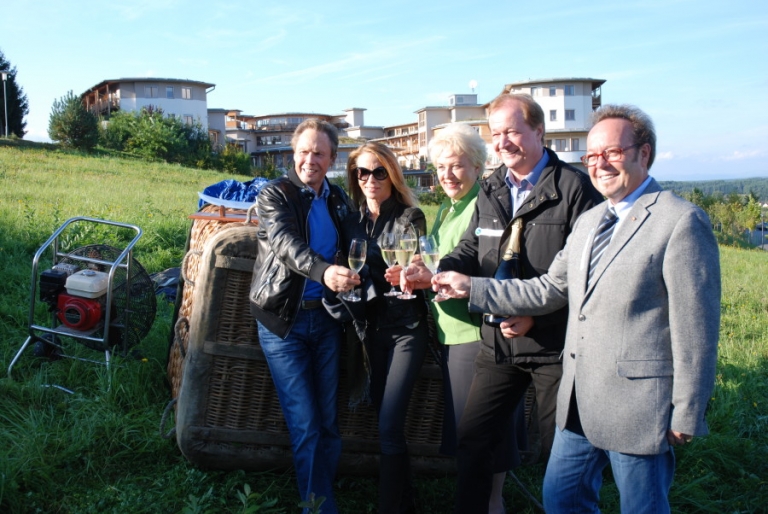 Our own Larimar hot air balloon

Excursion into the air with the Larimar hot air balloon

Since our host Johann Haberl has been an enthusiastic balloonist for years, the idea of his own Larimar hot air balloon was not far off. Before that, Mr. Haberl took his first trip back in 1995 and was given the princely name: “Grand Duke Hans Aufsteiger from Bad Waltersdorf above the thermal bath region traveling air knight from Schwarzmannshofen.”
Godfather of the hot air balloon

For its maiden voyage in the year 2010 the godfather of the Larimar hot air balloon was none other than the actor and rock legend Peter Kraus. The first passengers were Peter and Ingrid Kraus as well as Larimar hotelier and host Johann Haberl. After the gentle landing, the Kraus family was raised to “air nobility” according to the old tradition and given the names: “Count Peter rock’n rolling nobleman in the air above the Larimar from and to Stegersbach” and “Countess Ingrid beautiful and noble above the Larimar floating air fairy from Stegersbach”.

We are here for you with pleasure! 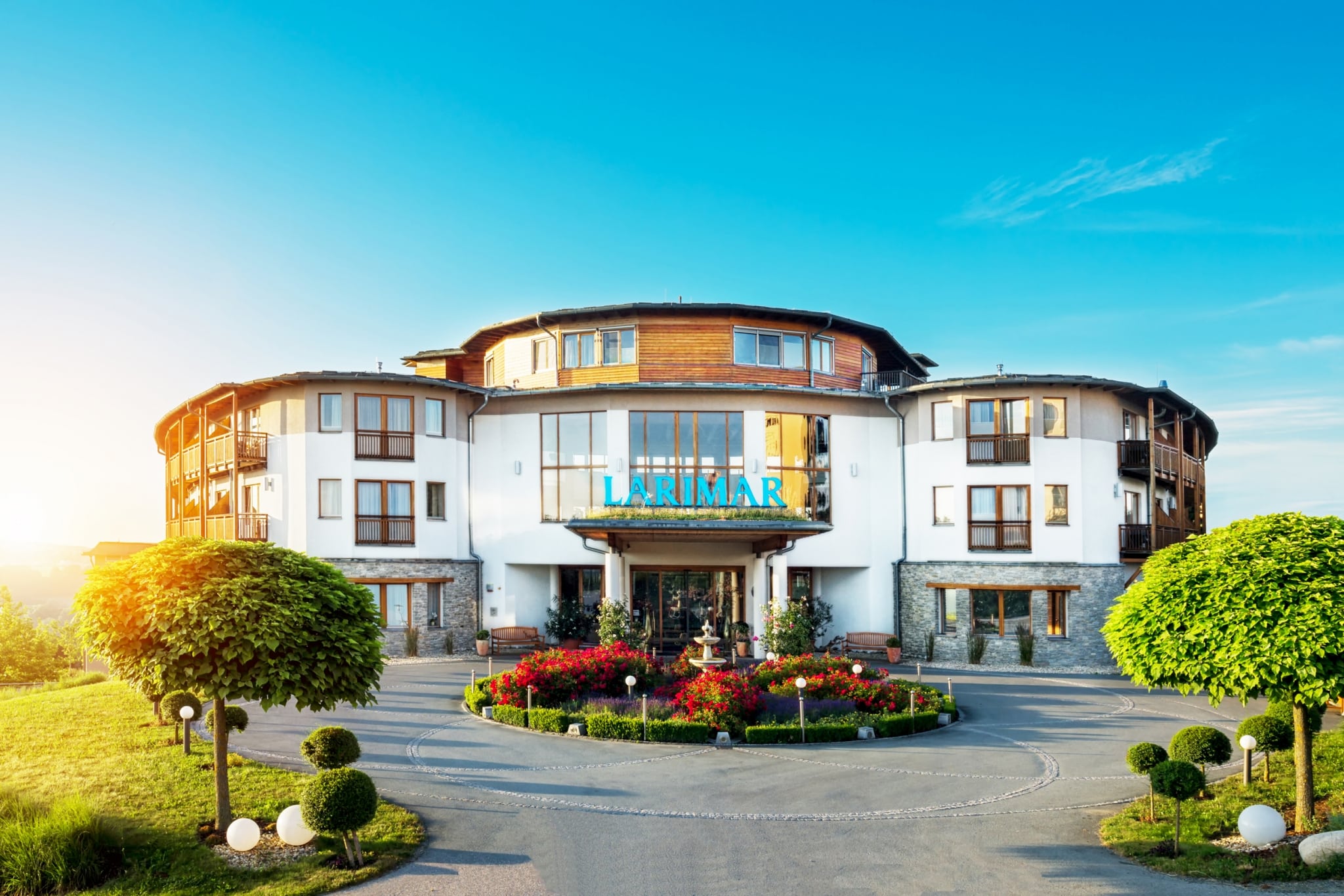 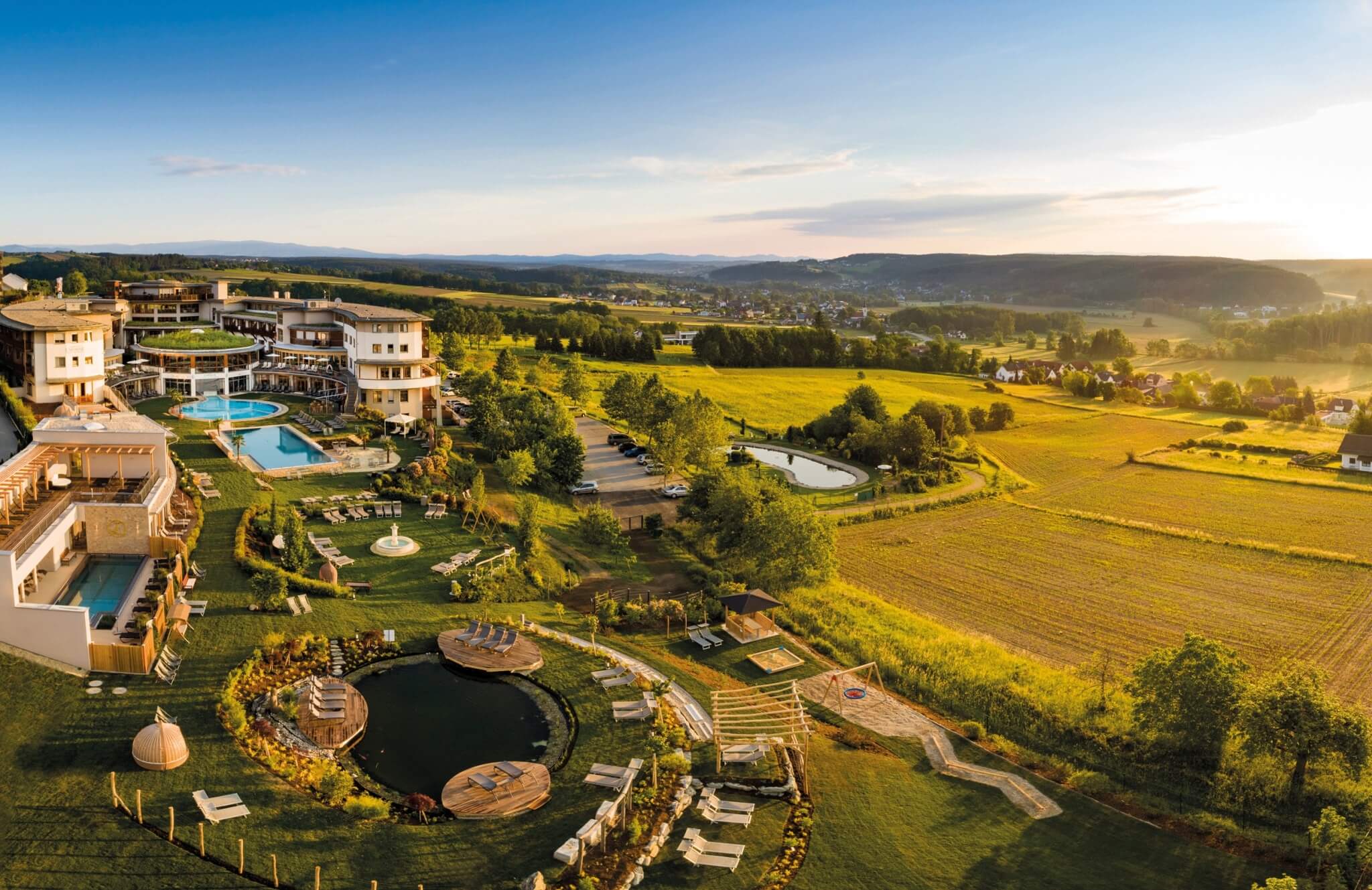 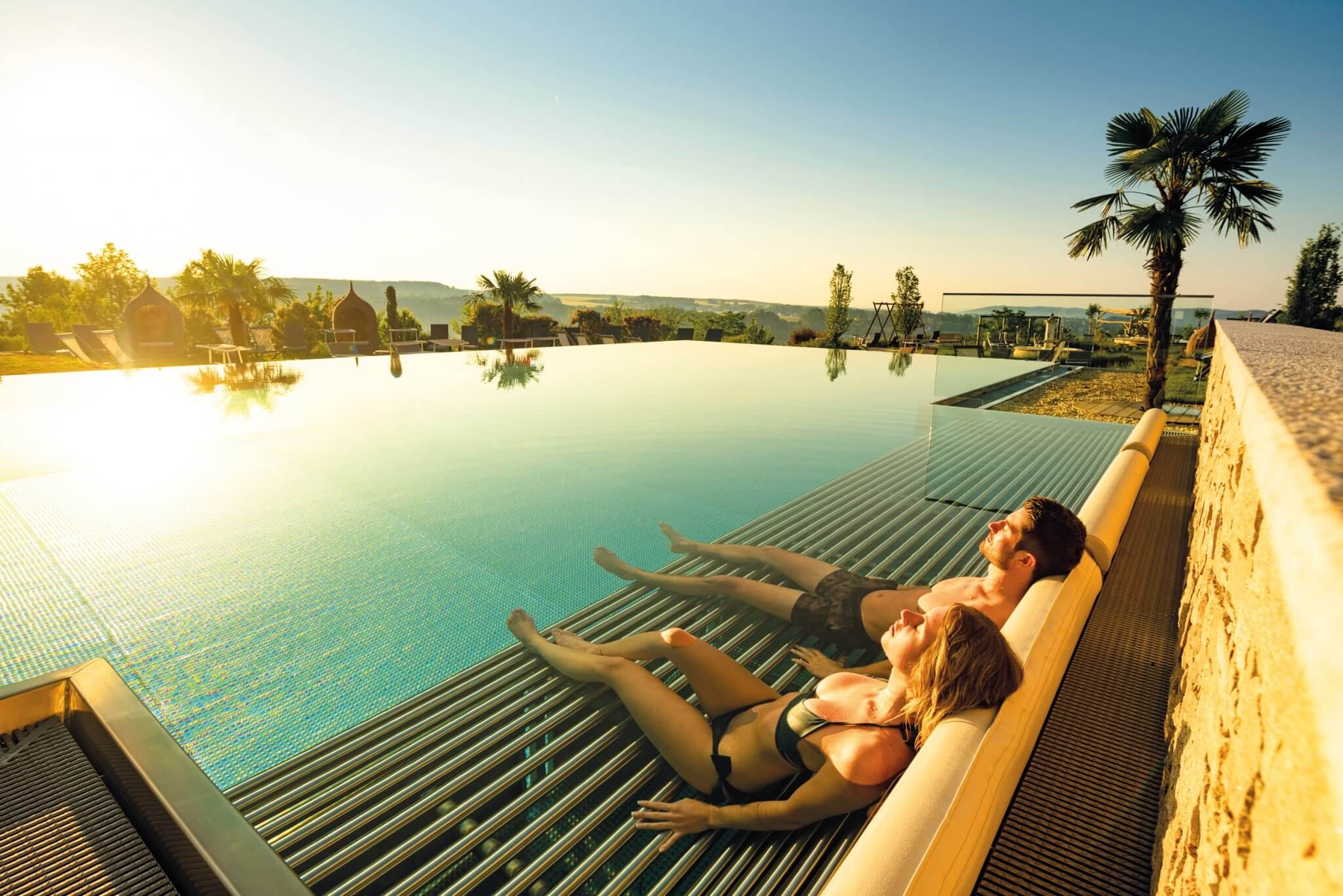 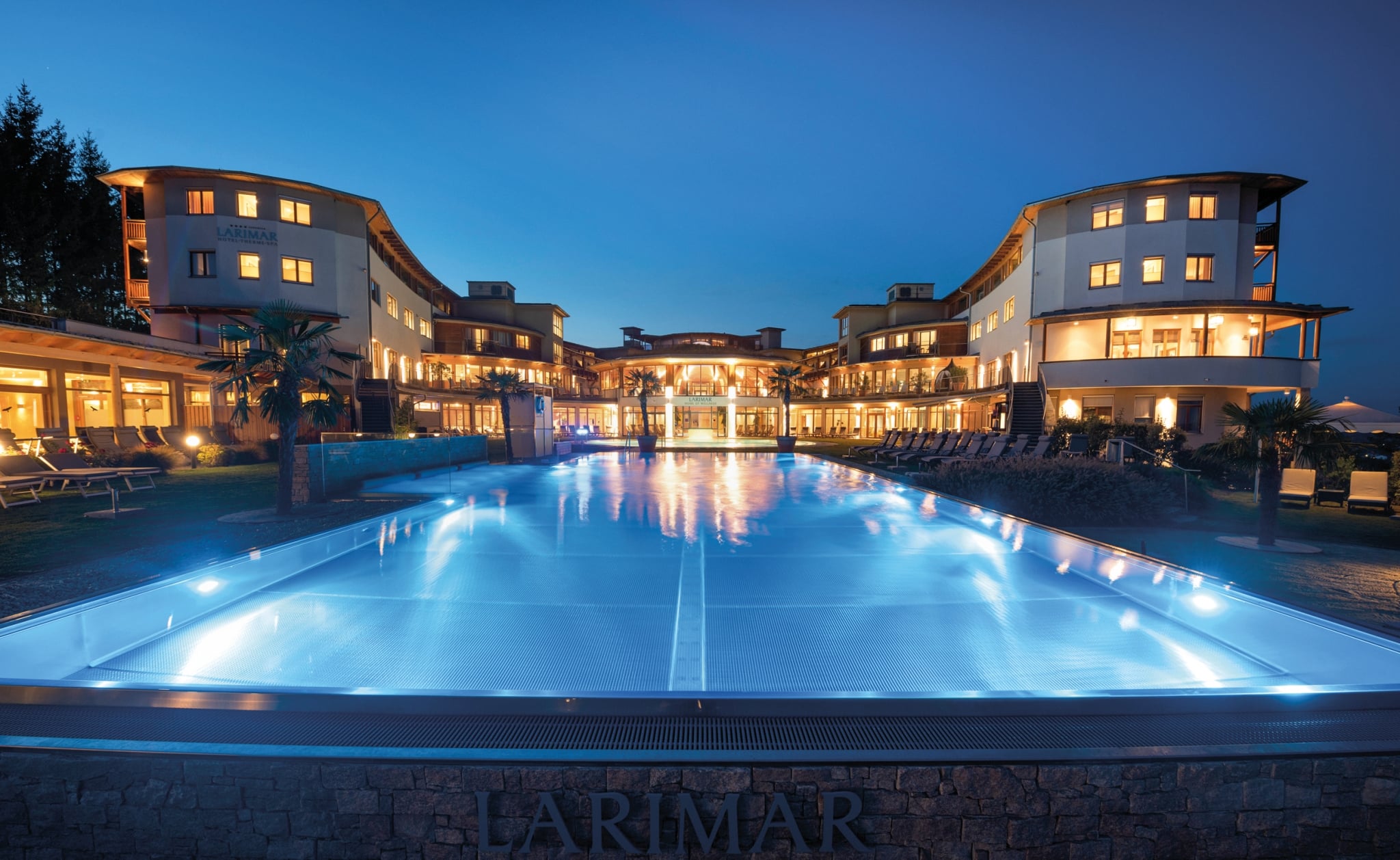 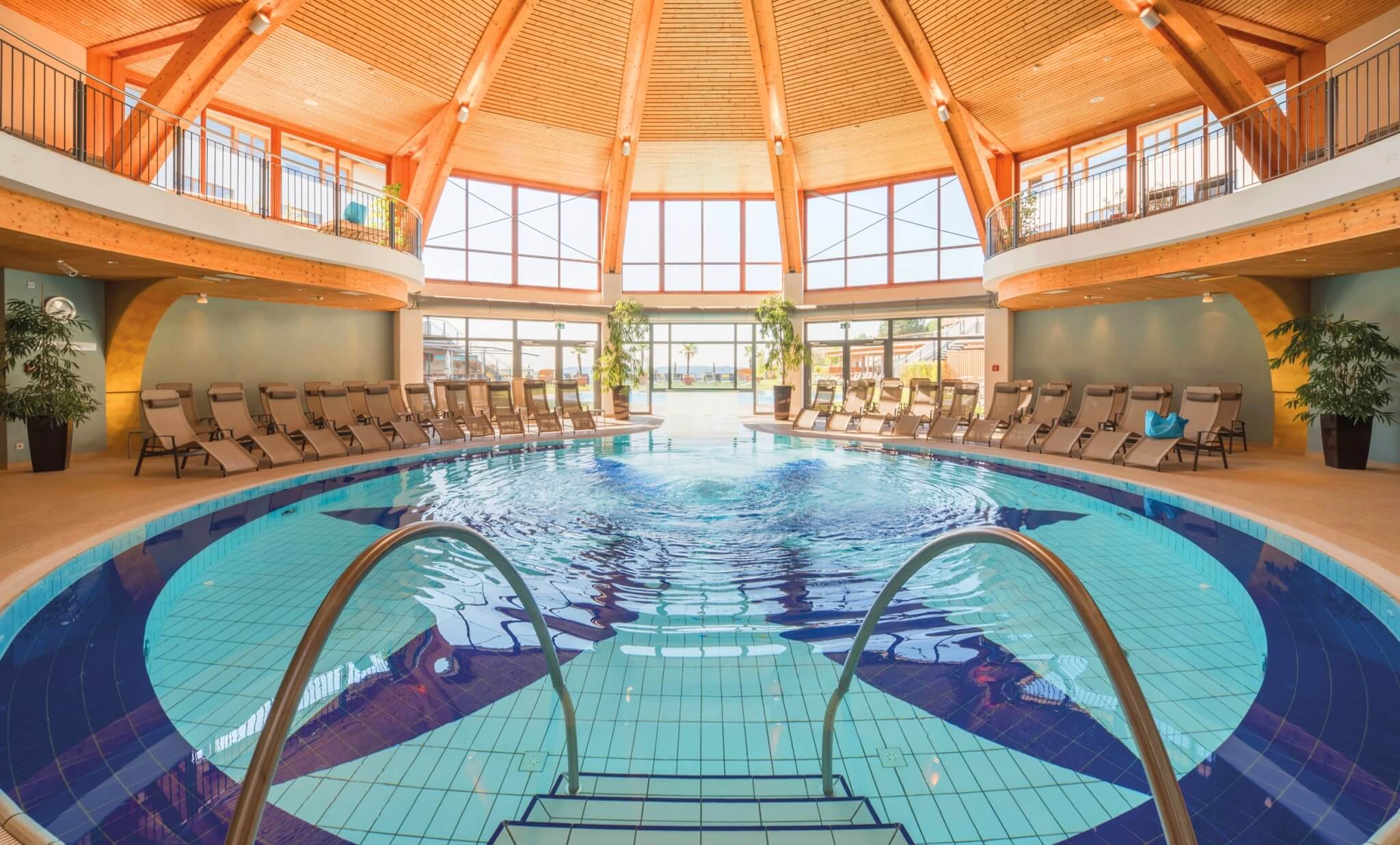 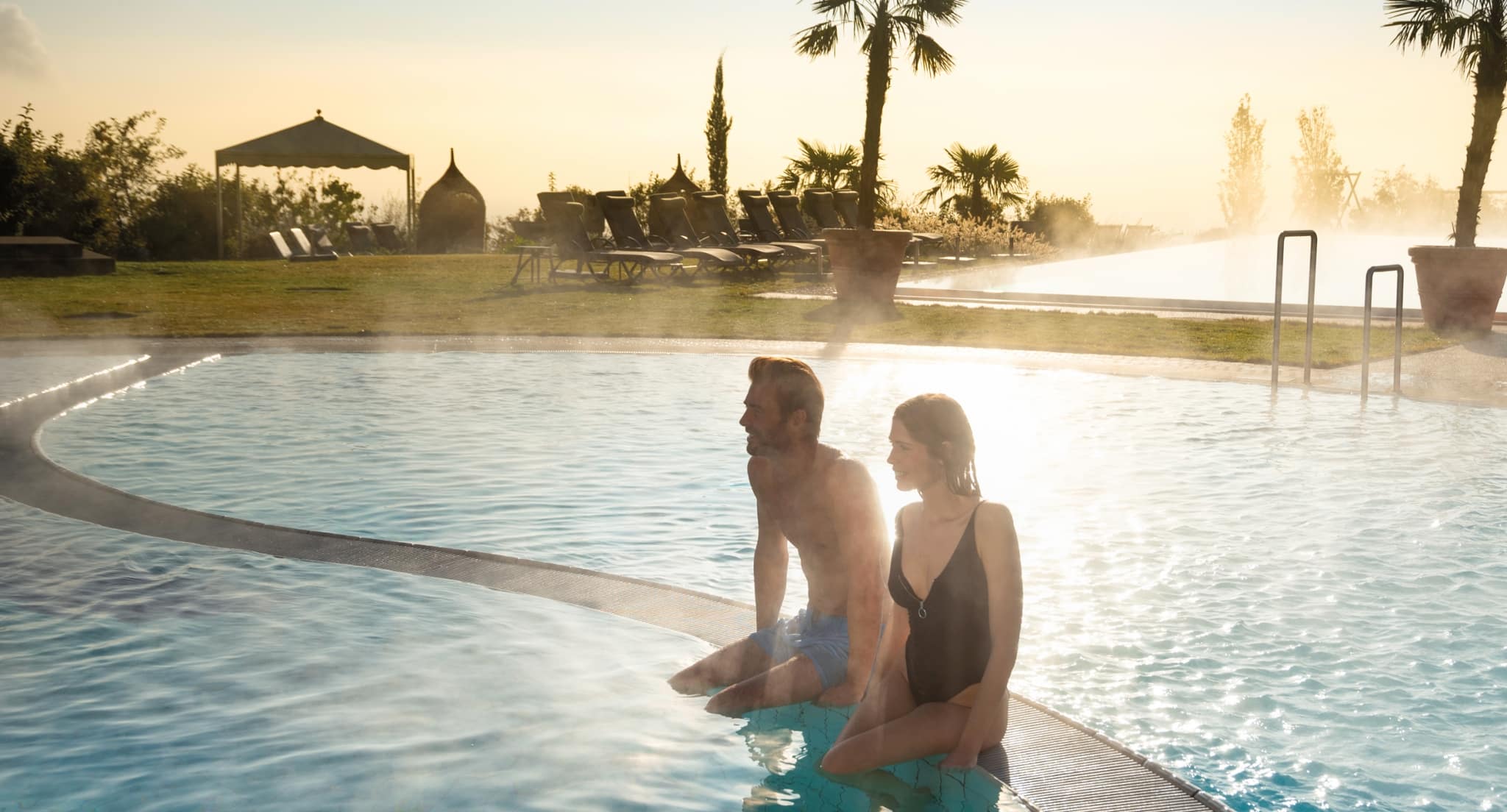 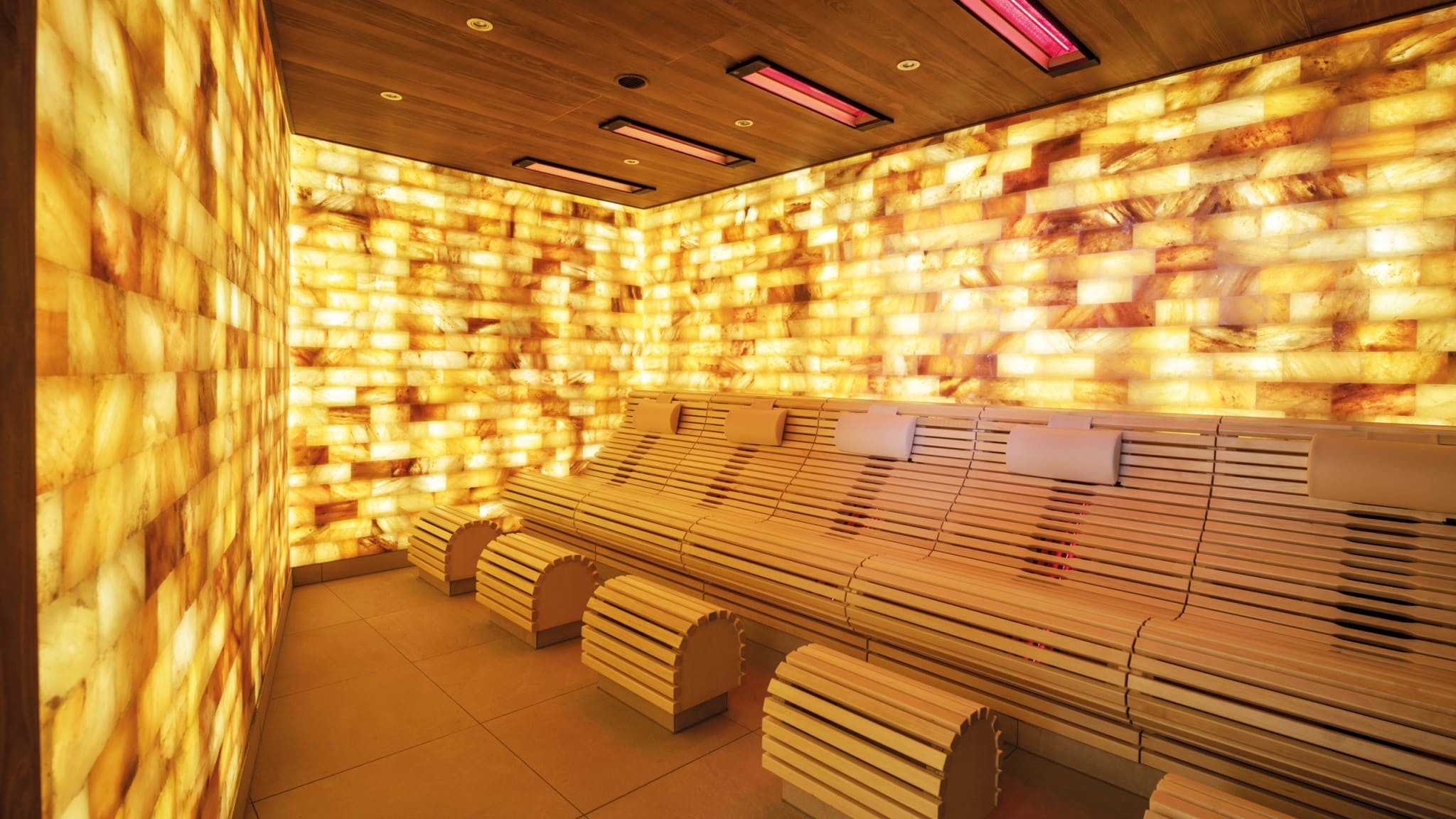 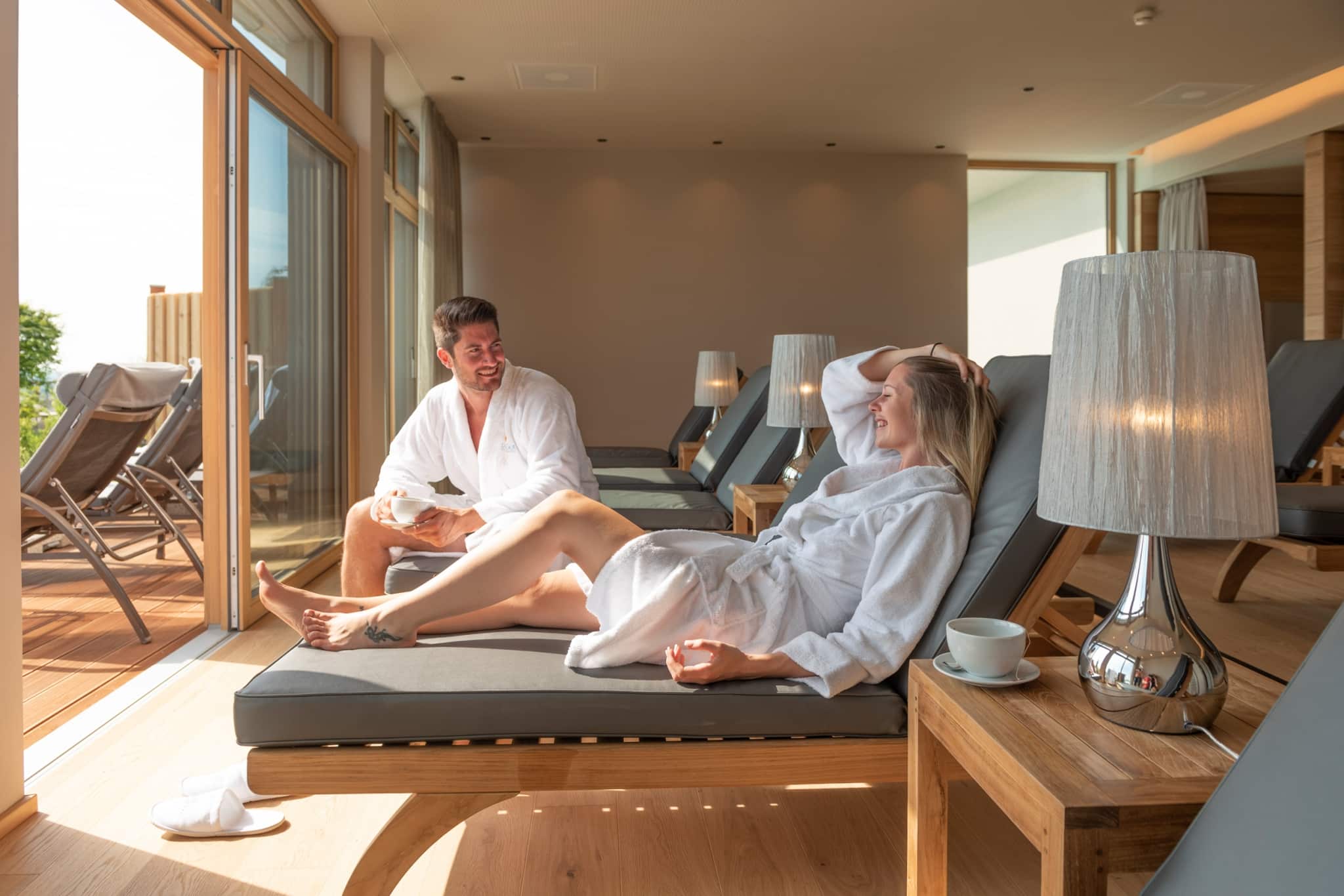